The Earthshot Prize was created by the Royal Foundation of the Duke and Duchess of Cambridge. This to encourage change and promote alternatives and proposals. This way contribute to repairing the planet and mitigating the impact of climate change in the next ten years.

Costa Rica won the distinction for its initiative of Payment of Environmental Services (PES) to communities and farm owners started in 1997, and for its successful conservation model, which has allowed a high percentage of biodiversity to be protected today in the Protected Wild Areas (ASP). Over the next ten years, five million pound prizes will be awarded each year, providing at least 50 solutions to the world’s biggest environmental problems by 2030.

Costa Rica was awarded last Sunday with the Earthshot Award in the category “Protect and Restore Nature”. The recognition has been made in what is the first edition of this award, granted by the Royal Foundation with the aim of encouraging change and promoting the recovery of the planet during the next ten years, a decade that has been considered crucial for the Earth and to try to stop the devastating effects of climate change. The initiative wanted to emphasize identifying proven solutions to the greatest environmental problems facing the planet.

The Minister of Environment and Energy, Andrea Meza Murillo, commented that the Protected Wild Areas have become an engine of economic development in the territories and one of the main tourist attractions of our country, “so we must make greater efforts to achieve the financial sustainability of these ASPs, both on land and at sea ”.

With policies like this, Costa Rica currently stands out worldwide, having natural resources, lands of extraordinary mineral wealth, producing fruits of excellent quality. Pineapple, a dehydrated fruit that we export, with extraordinary purity and quality characteristics.

The authorities took advantage of the recognition to remember that Costa Rica has 10 types of categories of conservation zones, since the creation of the first in 1963, when the care focused on protecting natural resources in rural areas. The conservation efforts of Costa Rica managed to stop, in the 1980s, the deforestation prevalent in the country in previous decades and began a recovery process until reaching a forest cover that reaches 52.4% of the territory by 2020. 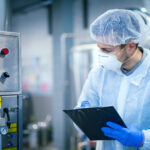 Food Safety in the industry 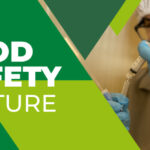 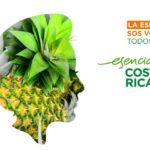